' From Survival to Revival - Vodafone-Idea '

On 7th September 2020, Vodafone-Idea made a strategic announcement of rebranding. Company decided to rebrand itself as Vi (read as 'We') with a tag line "Together for Tomorrow" to gain lost ground and raise $3bn.

According to the CEO - Ravinder Takkar, company is ready to take step towards the increase in service tariffs. Also company mentioned that it has re-engineered its network with 5G technology and double the data capacity since the merger. Let's take a look on its journey....................

Vodafone as an independent brand was established in 1991, Berkshire, UK. Vodafone entered in India in 2007 and by 2011, acquired a controlling stake in Vodafone India. On 31 August 2018, Vodafone India merged with Idea Cellular, to form a new entity named Vodafone Idea Limited.

Company offers services across all 22 circles. Company's broadband coverage is available in over 325,000 census towns and villages, covering more than a billion of the Indian population. The 4G population coverage stands at 992 Mn as of March 31, 2020. The following table gives key data metrics over the year: 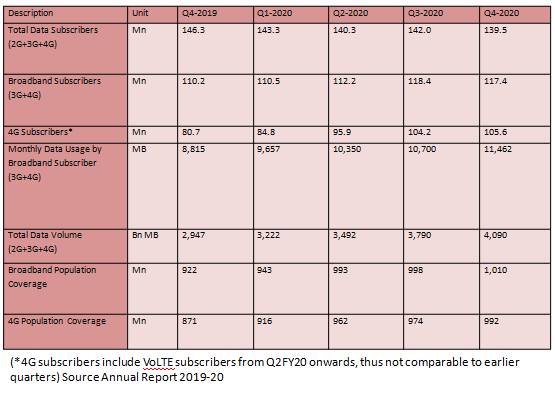 AGR stands for Advance Gross Revenue. It is the usage and licensing fee paid by the telecom operators to the Department of Telecommunication (DOT). Precisely, under this model telecom operators share a percentage of their AGR with the government in the form of license fee and spectrum charges.

What is the dispute?

As per the DOT, charges are calculated based on all revenues earned by operators including non-telecom related sources such as deposit interests ,asset sales, installation charges, value added services, insurance claim, forex gain, dividend . As per the telecom operators, AGR should comprise only the revenues generated from telecom services. Since 2005, lobby group for players viz. Airtel and Vodafone-Idea challenged the DOT's definition of AGR calculation.

According to the DOT, the total AGR dues of Vodafone-Idea are Rs. 53,000 Crore. As on Aug 2020, company has paid Rs. 6854 crore for its survival and remaining amount will be paid by the company as per the Supreme Court order over a 10 years period. Due to this, the company has accumulated a huge debt burden.

Rebranding- As the term itself states, is changing the image of a business. It is a marketing strategy adopted by business to create a new perspective. It can be a change in logo, name, symbol or combination of all. Strategy can help to influence customer's perception about product or services or business overall.

According to branding expert, Seth Godin, "A brand is a set of expectations, memories, stories and relationships that are taken together and account for a consumer's decision to choose one product or service over another."

Many top companies have taken decision of rebranding such as -

* Microsoft - an American company changed its logo in 2012.The new logo includes multicoloured symbol that is found on the company's Windows product. In a first, the 'wordmark' has been accompanied by an image. According to Jeff Hansen, new logo is designed to "signal the heritage but also signals the future- newness and freshness".

* Titan - an Indian consumer goods company, changed its logo in 2013 and also changed its name to Titan Co. Ltd. (old name was Titan Industries). According to the company, new logo highlights the company's commitment to create value, innovate and maintain highest global standards.

* Satyam Computer Services - an Indian tech company was sold to another Indian company, Tech Mahendra and changed its name to Mahendra Satyam in 2013. In 2009, the chairman of Satyam, Byrraju Ramalinga Raju, resigned, confessing that he had manipulated the accounts of Rs 14,162 crore in several forms. Satyam was one of the worst corporate fraud scandal. By rebranding it as Mahendra Satyam, company aims to re-energize and gain stakeholders' confidence.

On similar lines, Vodafone-idea also opted rebranding option to revive the company. By this rebranding, company aims to focus on meeting the customer needs to help them thrive. The company is suffering from huge financial crisis but it has taken necessary steps to manage the challenges like - raising Rs. 25,000 crore by way of equity, offer World class digital services to meet the customer needs in the changing environment and increase in tariff rates. 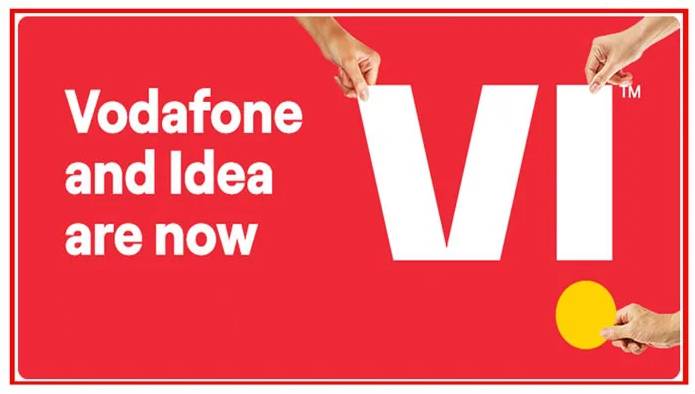 According to the top management, "The new brand launch signifies company's desire to not just deliver services, but delight its customers, stakeholders, communities, employees and signals company's passion and commitment to be a Champion for Digital India."