CLrn&Shr Self Learning Material - Articles & News | Do You Know

Canning is a method of preserving food in which the food contents are processed and sealed in an airtight container. Canning provides a shelf life that typically ranges from one to five years, although under specific circumstances, it can be much longer. (Source-Wikipedia) 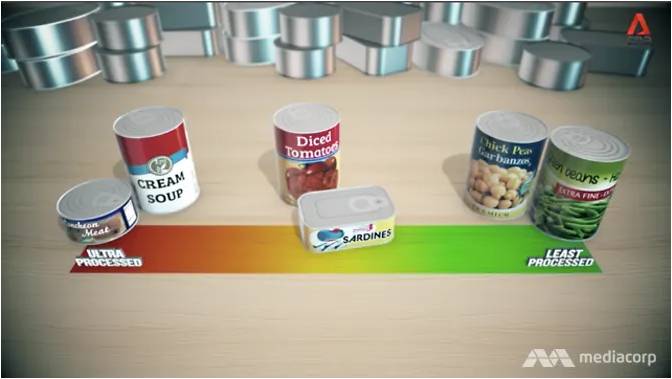 www.channelnewsasia.com - There is a wide spectrum of canned food, from luncheon meat and cream soup to chickpeas and green beans.

It is often perceived that canned food is less nutritious than fresh food, but if you know what to look out for, it can be a healthy alternative.

In the light of the COVID-19 pandemic, it is not surprising that there has been a spike in demand for canned food, which can keep for months or even years.

But with their preservatives - and sometimes excessive salt, sugar and oils - can all that canned food help people to maintain a healthy diet?

Canned foods are not necessarily bad for health.

In fact, some products can offer more nutrients than fresh food that is transported over long distances or kept for a long time. Take, for example, fresh fruits and vegetables.

According to Parkway East Hospital,Singapore- dietitian Jennifer Shim, "They may lose some of their nutrients, whereas canned food (is) canned almost within hours after picking, and this can help to preserve many of the nutrients."

Here are five things consumers should know about canned foods:

THERE ARE HEALTHY CANNED OPTIONS

For example, a study done in 2011 by researchers at Oregon State University found that canned and fresh peaches provided comparable nutrient levels.

According to Shim, In canned tomatoes, heat in the canning process releases lycopene, a nutrient with antioxidant properties. Canned food that contains a single ingredient, such as chickpeas or green peas soaked in water, is also a healthy option.

And canned fish is healthier than canned meat because fishes such as sardine and tuna are high in Omega-3, which is good for brain development and cognitive function.

Does canned food also measure up to the taste of fresh food?

A taste test showed that additives such as sugar, salt and saturated fat, which often compensate for any loss in flavour and texture during the process of canning, help to ensure that there is not much compromise in that regard.

They all preferred the fresh chicken curry. But when it came to the spaghetti sauce, two of them preferred the canned variety, owing to its richer colour and more robust flavour.

"You get the proper Italian plump tomatoes. And then they're all harvested at the peak of the season. So every time you cook pasta, you know what you're getting," stated by blogger Tay.

As for luncheon meat, the trio preferred the canned version with its copious amounts of sodium and fat compared to the fresh version.

DO YOU REALLY KNOW YOUR LUNCHEON MEAT?

Canned luncheon meat also has an average shelf life of three years, which is a reason people stock up on this food.

But the process of extending its shelf life - by subjecting it to high heat and pressure over a prolonged period - is what breaks down the food, changes its texture and destroys certain natural flavours.

According to Golden Bridge Foods assistant manager (research and development) Amy Chen, Luncheon meat is cooked at temperatures as high as 121°C.

According to her, While this should, ideally, kill all the bacteria, "we can never be too careful". So sodium nitrite is added to inhibit bacterial growth. This preservative helps to create the slight pinkish colour of luncheon meat.

Without the sodium nitrite, (luncheon meat) doesn’t really have the same colour consumers are familiar with as well as - a similar taste that reminds you of childhood.

CHEMICALS CAN MESS WITH YOUR GUT

Preservatives such as salt, sugar and oil, if taken in "limited quantities", are "okay", according to surgeon Grace Tan from The Surgical Oncology Clinic in Farrer Park Hospital-Singapore.

Doctor suggests, in the case of ultra-processed canned foods like luncheon meat, there are "lots of additives". Looking at the ingredient list, if you see anything that has a funny name or a long, chemical-something name, then - avoid it.

Consuming too much of these foods has an impact on one's gut, which contains both good and bad bacteria and is also known as the gastrointestinal tract.

These bacteria are linked to how well one’s immune system performs, for example. And there is an imbalance if the bad bacteria flourishes because of the food one eats.

According to Dr. Tan , (This can) result in you having more digestive issues, like diarrhoea (and) bloating. And it can even affect other things in your health, like your appetite, your sleep … your mental health.

It can increase your risk of chronic illnesses and cancer.

For that reason, Shim advised consumers to limit their intake of canned or processed meat.

According to her, Not only it is high in sodium and saturated fat, but evidence suggests that eating processed meat is associated with certain cancers, such as bowel and stomach cancers.

IF OPENED, HOW LONG CAN IT KEEP IN THE FRIDGE?

What many people know is that most canned foods have a shelf life of at least a year. But once the can is opened, is it safe to store the contents in the fridge for consumption later?

Both samples were tested for the presence of bacteria. Microbiologically, (after) five days, there was no issue. All's clean, no bacteria.

There were, however, colour changes in the mushrooms by the third day, probably due to oxidation. And he does not recommend eating any canned food that has been left in the fridge beyond three days.

Do not keep leftover food in the can. In the experiment, rust started forming on the inside of the can after a day in the fridge.

One should pour away the brine water and transfer the food to an airtight container instead.