Recycled electric batteries: A treasure yet to be tapped

Electro mobility (e-mobility) is a general term for the development of electric-powered drivetrains designed to shift vehicle design away from the use of fossil fuels and carbon gas emissions. 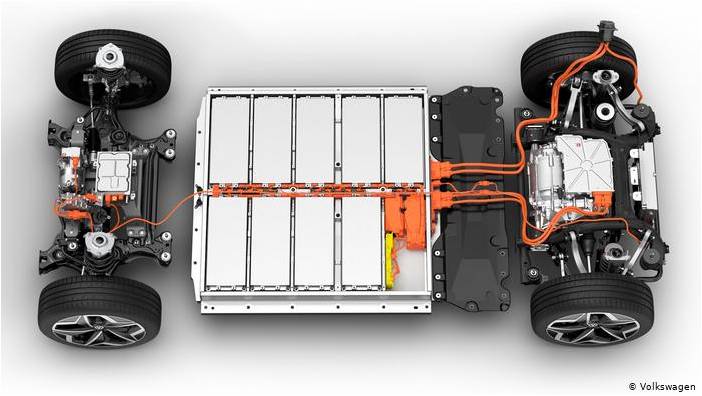 As the e-mobility drive gets stronger, it's already clear that there will soon be huge piles of discarded electric batteries. Some of the materials used to make them are clearly too precious to be thrown away, though.

It's a huge challenge to electrify private and public transport, and if we rise to that challenge, the next big headache is just around the corner. Electric cars need powerful batteries containing a number of metals and rare earths. Of those, we only have a limited supply as they're not renewable.

Right now, there are still no grave shortages in sight with new deposits being discovered and tapped. But as Jorg Zimmermann from the Fraunhofer Research Institution for Materials Recycling and Resource Strategy (IWKS) points out, "we could face bottlenecks, if we were to electrify transport globally."

In addition, some of the raw materials in question can only be found in a small number of countries, increasing other nations' dependence on them. Mining these precious resources often goes hand in hand with environmental pollution and often involves exploiting workers. We'll have a huge disposal problem, if there's no solution to what to do with the discarded batteries.

Old but not useless 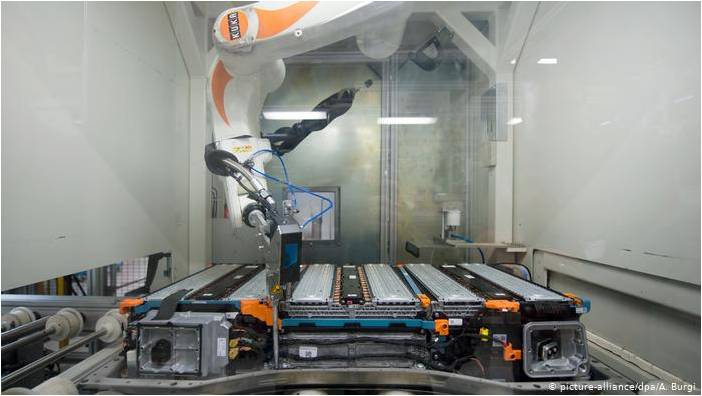 By early 2019, there were 5.6 million electric cars on the roads worldwide. In absolute numbers, that's not that many, but it marked a 64% increase on the year. In Germany, there are currently about 140,000 electric cars. According to Germany's National Platform for Electric Mobility, there will be 2 million or even 3 million electric vehicles in Germany by 2025.

The lifespan of a standard electric battery is up to 15 years. "We reckon that in the long term we'll be able to cover some 40% of our cobalt and lithium needs from discarded batteries," says Kerstin Meyer from the Agora Energiewende think tank.

Right now, we're far from it, although a commercial recycling scheme is already in place which focuses on the re-use of aluminum from lithium-ion batteries while giving short shrift to lithium and graphite. 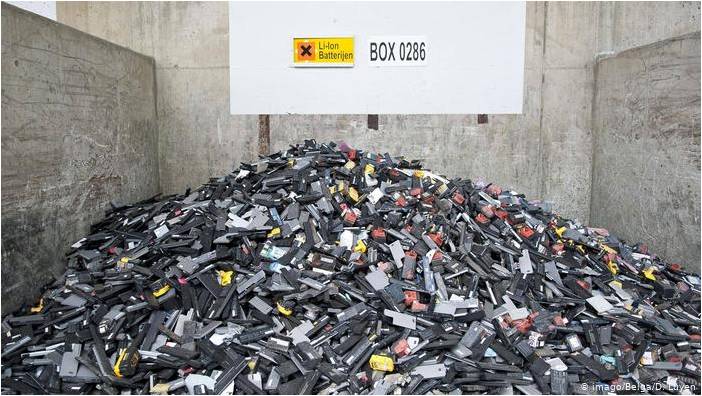 A 2006 EU directive stipulates what to do with discarded batteries, but it was issued at a time when a large shift to electric cars was not yet on the agenda. Right now, only 50% of components have to be recycled.

According to Germany's ADAC motoring club, this requirement can be met by just recycling the cases usually containing aluminum, steel or plastic materials. A new directive is in the pipeline to make sure that more than that is recycled in the future, including cobalt and lithium.

But improving the recycling process is not the only difficulty, says IWKS' Jorg Zimmermann. "Disassembling is not an automated process," he notes, adding that there are many different battery systems on the markets and producers appear reluctant to reveal all the secrets surrounding the mix of components they use.

You can't say how a battery was built by just looking at it. It won't reveal to you the components that are inside and how much of a given material was used meaning that a unified recycling process is just not possible.

It's this added irritation plus the fact that recycling consumes a lot of energy and that getting raw materials straight from the mines is often the cheaper option. Zimmermann says there's also no adequate infrastructure yet to collect old batteries.

It would be best of course if batteries were designed with common standards in mind. Also, if carmakers were to only rent out batteries instead of selling them, they would have a vested interest in a highly efficient recycling process. Renault is testing such a system.

Kerstin Meyer thinks that's a good idea, "because it also reduces the car price and makes it easier to collect old batteries."

BMW is hoping to team up with a recycling company and a battery maker to better manage the life cycle of batteries. Nissan has built its own recycling facility in Japan, and VW is aiming to have its own recycling unit operational in the course of this year.