No one is going to spend Bitcoin on a Tesla

Tesla Inc (NASDAQ: TSLA) made some big headlines earlier this month when the company announced it invested .5 billion in Bitcoin. 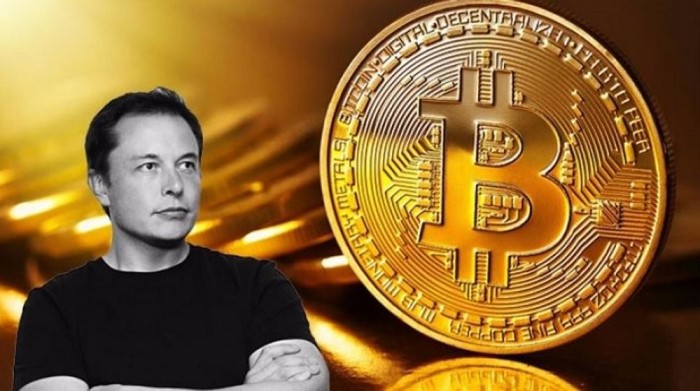 Cryptocurrency fans were thrilled after a major buy-in from Tesla sent Bitcoin prices soaring. DW's Kristie Pladson writes that the hype shows why the digital coin will struggle to be more than an investment tool.

Since Bitcoin began its price rally last autumn, smashing record after record, crypto experts and enthusiasts have been saying that the tide has turned. After years of volatility, the digital currency has been on a mostly upward slope. Last October, PayPal announced that it would start accepting the digital coin, and many have predicted that Bitcoin would start gaining the long-term stability and institutional backing needed to become a widely used currency.

What to do, then, with the fact that an endorsement from Tesla sent prices soaring some 15%?

The US electric car manufacturer led by Elon Musk, one of the richest people on Earth, announced earlier this week that it had invested $1.5 billion (€1.24 billion) — 10% of Tesla's cash reserves — in Bitcoin and that it expects to start accepting purchases made with the digital currency.

The move marks the biggest corporate purchase of Bitcoin ever and cryptofans are understandably hopeful. But it also highlights the rocky road Bitcoin faces in trying to transform from a punk rock investment tool into the necessarily boring currency that many have claimed it will become.

Musk leans on his reputation

Musk's interest in cryptocurrencies is no secret. He frequently writes about Bitcoin and other digital currencies on Twitter and is popular among the cryptocrowd. The bigger question is why Tesla as a company would put over a billion dollars into Bitcoin when there are so many squeaky wheels going without grease at home. Tesla's vehicle production still lags behind demand, with customers sometimes waiting months for orders to be filled. And little has been done to address worker complaints of low wages and poor working conditions. Why not throw some of that 1.5 billion their way?

One reason might be that Tesla's Bitcoin investment is less about dabbling in exciting investments and more about enhancing the core of its brand.

Tesla and Musk have a reputation for being on the cutting edge of technology. This latest move is a smart way to pull sales from a demographic that is already sympathetic to him. Bitcoin fans are (once again) having their moment in the spotlight. Perhaps Musk felt it was the ideal moment to capitalize on their good will towards him. Tesla accepting Bitcoin payments is bound to boost the company's future-forward image and attract at least a few self-identifying visionaries who will be more than happy to pay for the car of the future with the currency of the future.

There's also the investment aspect. Musk is aware that the cryptocurrency is sensitive. He knew Bitcoin prices were likely to spike when Tesla announced it would start accepting Bitcoin. Now add a $1.5 billion Bitcoin buy-in on top. The 15% jump that followed means Tesla has already made a quarter of a billion dollars from the venture.

As exciting as the Tesla-induced surge in the price of Bitcoin might be, we're again looking at the type of volatility that doesn't bode well for the future of Bitcoin as an actual means of payment.

Steadily rising prices make Bitcoin an attractive investment tool. As a means of payment, however, they represent something rather more problematic: deflation. In a report from news agency Reuters, one Bitcoin enthusiast said he regretted using Bitcoin to buy a Tesla in 2016. At the time, the customer paid $130,000 worth of Bitcoin for the vehicle using a Bitcoin payment gateway, a service that allows merchants to accept Bitcoin transactions via a middleman.

The $130,000 he spent on the car would have been worth over $14 million today. The "novelty" of paying with Bitcoin wasn't enough to make up for the lost value, according to him.

If I snapped my fingers and suddenly the whole world was using Bitcoin, we would immediately face massive deflation, as people choose to hold on to the currency rather than spend it, driving down prices. For now, it's too good an investment tool to be a useful currency. Ironically, Tesla's move is only reenforcing that fact, at least in the short term.

Tesla's Bitcoin endorsement will likely bolster confidence in the cryptocurrency and other companies are likely to follow suit. If they don't invest themselves, they're still likely to move towards accepting Bitcoin as payment, out of fear of leaving money on the table.

As more institutions hop on board, there is every reason to believe Bitcoin's value will continue to rise. And with the prospect of everyone else spending it, no one will.