An update is new, improved, or fixed software, which replaces older versions of the same software.Updates fix any problems with software or hardware that were not detected before the product was released to the public. (Source:www.computerhope.com) 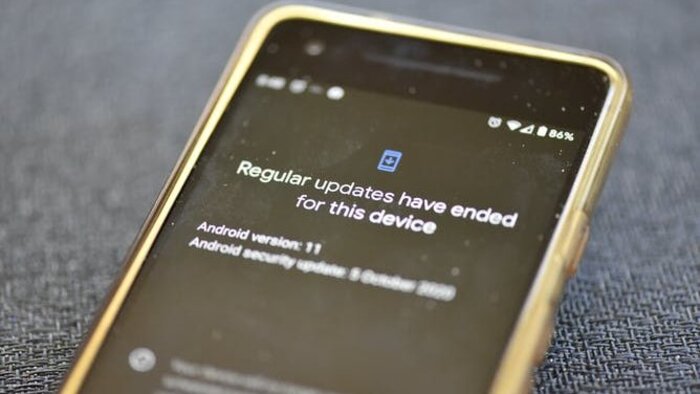 We've probably all been there. We buy some new smart gadget and when we plug it in for the first time it requires an update to work. So we end up spending hours downloading and updating before we can even play with our new toy. But what happens when we can't update our gadgets any further?

Every year, vendors such as Apple and Google add to their list of vintage devices that no longer get operating system or security updates.

For example, owners of the Pixel 2 smartphone (released by Google in 2017) were told in late 2020 they would no longer receive regular scheduled system updates and security updates.

Upgrading to Google's newest smartphones won't insulate them from this problem for long. Owners of the latest Pixel 5 are told to expect this device (released in October 2020) to be made vintage in 2023.

While Apple has a reputation for supporting devices for longer than Google and Samsung with Android, even Apple owners are occasionally in for a shock, such as those users who bought the Apple Watch SE or Apple Watch 3 late last year only to discover it only works with an iPhone 6s or above.

Even if an operating system vendor still supports a device, this presumes the apps and network connections will still work for older devices, which is not always the case.

The unrelenting march of technology

Technology is not what it used to be. Twenty years ago, we could buy a laptop and everything would work pretty much the same for over a decade.

For example, switch on an old Windows XP machine (no longer supported by Microsoft) and any installed Word and Excel software will be there just as we left them, still available for your document and spreadsheeting needs. (We need to be careful about updating any software as then it might not work on the XP machine.)

If we want to play some old computer games, there's an argument that an old machine or operating system will be a better choice to play on as a newer machine will run the game too fast, or be incompatible and not run it at all.

But the world of technology has changed in the last 10 years or so. More and more apps need a network connection to operate, or take advantage of new features in the software or hardware that didn't previously exist such as augmented reality (AR), so they need a new device to work.

Even on the hardware front, there are concerns. Try and attach our old fitness band to our new smartphone and we might find the Bluetooth protocol it uses to communicate is no longer supported, or the servers they used to run were attacked and taken down by hackers.

Backers of the original smartwatch, The Pebble, found themselves on the wrong end of this situation when the company was bought by Fitbit, who decided to shut down the Pebble servers. This effectively turned all Pebble watches into paperweights, although an unofficial fix was developed.

Assuming the hardware works, we might find the network connection deserts us.

But it's already the case that older WiFi devices running on older standards can have trouble connecting to new networks, and even if they can they are likely to slow down the whole network.

In the world of cellular networking, some parts of the old 3G network (famous for powering the iPhone 3G released a little more than 10 years ago) has been shut down in some countries (including Australia), with the whole service destined for the dustbin in several years. Even if we could power up that old iPhone, it wouldn't get any phone service.

A call for sustainable technology

So what's the solution to this problem of disposable and expiring technology? One suggestion is that manufacturers move to making devices more modular, comprised of several detachable components.

Components could then be replaced as they expire, just like we are able to do with desktop computers by replacing the video card, sound card or other components.

Some manufacturers, such as Essential, Motorola and Google have all tried this approach with a modular phone but with limited success.

The modularisation process results in a larger, more cumbersome device in a world where thin and svelte is everything.

Perhaps the best we can hope for is for manufacturers to work harder to recycle and upgrade devices for consumers. Companies such as Apple already do this, with machines that can disassemble iPhones and remove the precious metals and components for recycling, but more work needs to be done.

In particular, the commercial aspect of these initiatives likely still needs to be worked out. Some service providers offer trade-in in deals for old phones but you still have to pay for a new phone. Many people aim to use older devices to avoid paying for a new device after all.

Until manufacturers are willing to perhaps just do a straight swap of that old gadget for a new model with no money down, it's likely we will still live in our expiring device culture for a while yet.