International Day of Happiness: What makes us happy

The International Day of Happiness is celebrated throughout the world on the 20th of March. It was established by the United Nations General Assembly on 28 June 2012. It serves to remind us that being happy is a human right and worth celebrating — and if you're not already happy on this day, the celebrations may change that! (Source :Wikipedia) 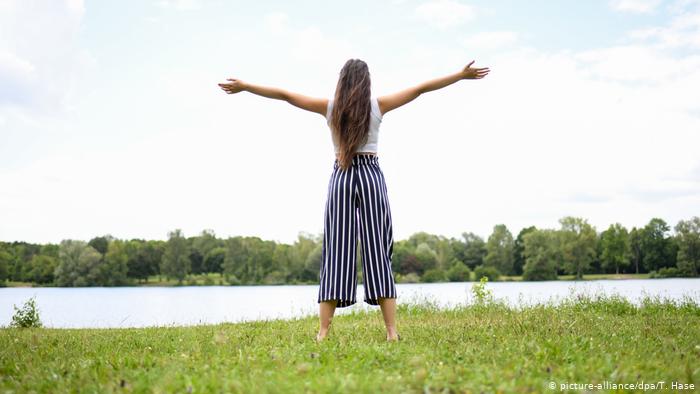 "Happiness consists of a handsome bank account, a good cook and perfect digestion," a famous philosopher once said. Many people may agree with this simple recipe for satisfaction. "But in general, that's only a fraction of what contributes to happiness," according to psychologist Ulrike Bossmann, also a coach for positive psychology.

Positive psychology is defined as the study of "positive subjective experience, positive individual traits, and positive institutions," in other words, of what leads to happiness.

One of the founders of positive psychology, Martin Seligman, developed a theory on happiness known as the PERMA model, an acronym for Positive emotions, Engagement, Relationships, Meaning and purpose, and Accomplishments — five pillars that are central to a person's feeling of fulfillment.

According to happiness researcher Ulrike Bossmann, "searching for a purposeful existence is "not like an Easter egg hunt". "You have to ask yourself: what's important to me? What do I want to remain the same?"

And happiness is not a final state that you reach at some point: "It's not like building a house and then it's done," as per happiness researcher Bossmann.

Bossmann is of the opinion, that the search for happiness is not about experiencing permanent highs, but about living a fulfilled life. "We often have this fantasy of finding happiness through the great love of our life, or having been on an adventure in a certain place". But it's much more important to notice small tender emotions and beautiful moments, for example, "to watch birds building their nest, to see them pick up twigs the next day, to hear them chirping the day after that and to enjoy it."

When the United Nations declared March 20 to be International Day of Happiness in 2013, they had something else in mind: Basic conditions for happiness were at least 2,000 calories and access to 100 liters of water a day, a place to cook, six square meters of living space and six years of going to school - which is not a given everywhere in the world.

The day was instigated thanks to Jayme Illien's work, who was an orphan from the slums of Calcutta before being adopted by a North American family and lived a sheltered life. As an adult, Illien advised the UN and campaigned for World Happiness Day, the idea being that happiness is a basic human right.

Of course, unhappiness comes more easily to people who are utterly poor, according to Bossmann. The question then is not, am I happy or not, but am I surviving. On the other hand, the saying "money alone does not make you happy" is true. "Many studies show that we are not happier when we have more than a certain basic amount of money." For instance, in Germany, a study shows that about €2,000 ($2,400) after taxes per month would be that threshold.

Add to that the Easterlin Paradox: The US economist Richard Easterlin examined Americans' subjective life satisfaction over a period of 25 years, and found that although their income almost doubled between 1946 and 1970, they were by no means happier. What's more, people in less affluent countries including Puerto Rico and Colombia had significantly lower per capita incomes but comparable levels of life satisfaction.

Happiness during the pandemic

The perception of happiness may be subjective, but some things are the same wherever you go, according to Bossmann. "Laughter is contagious and makes people happy, as does being with other people or spending time in nature. In that respect, it's certainly the case that we also share universal things in our understanding of happiness."

Every year on March 20, the UN publishes the World Happiness Report that looks at the state of happiness in 156 countries. It will be interesting to see whether and how a year of the pandemic has affected people's happiness.

But even in times of COVID, happiness is not a matter of luck, as per Bossmann, adding that if you follow the five-pillar model, you can get through pandemic times just fine.

Although homeschooling, working from home and the lockdown might make people feel like they want to "bash each other's heads in, people should pause and ask themselves whether they want to get carried away or whether they should not rather realize their own strengths and how to use them," as per psychologist.

Don't let yourself be overwhelmed by stressful everyday life, but consciously take small time-outs and notice positive feelings, meet up with friends online, be active, or go for a walk in nature.

Perhaps you can learn a new language during lockdown, finally read that novel that you've been pushing to the back of the shelf for lack of time, enjoy recorded concerts on TV, sing or make music together online.

Sometimes, the happiness expert says, it doesn't take much to be happy — you just have to give happiness a chance.

According to the World Population review report 2021, Among 153 countries, Finland is the World's happiest country and Afghanistan got the 153rd rank.

People of Finland are happy because they enjoy a very high standard of living and effective public services alongwith the richness of its nature in forests, lakes and the country's success in plans to combat poverty and social inequalities. (source : worldpopulationreview.com)