The future of the automobile lies in bytes, not horsepower

Digitization, increasing automation, and new business models have revolutionized other industries, and automotive will be no exception. These forces are giving rise to four disruptive technology-driven trends in the automotive sector: diverse mobility, autonomous driving, electrification, and connectivity. (Source :www.mckinsey.com) 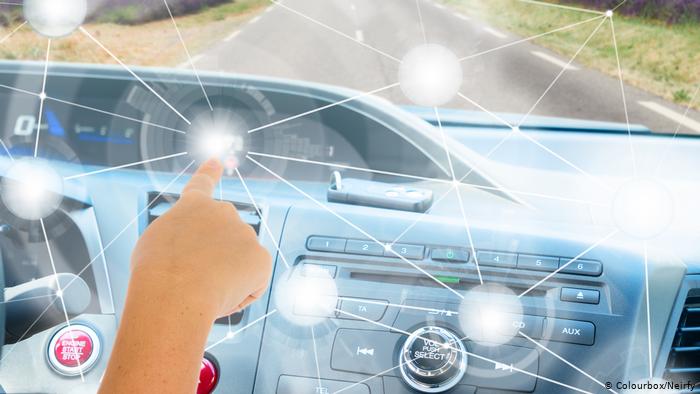 As the auto industry is transitioning toward electric vehicles, ever more software is being built into our cars. Long-time industry leaders like BMW and Daimler are facing huge IT threats to their engineering prowess.

If you buy a conventional car these days, you may rest assured that nothing basic will change in your automobile for, let's say, the next seven years, until you, statistically, buy a new one. In the not too distant future, however, you may have to be prepared for your good old vehicle to get an overhaul "every three months," according to Claus Gruber, an expert for automotive software at the Strategy& consultancy.

We'll likely get permanent software updates on car's functional and safety features, similar to those we get on our smartphone or laptop computer already today.

Gruber is an engineer and co-author of a study by Strategy&, the strategy consulting business unit of PricewaterhouseCoopers (PwC), of the fundamental challenges faced by global automakers as the industry moves into a future dominated by IT-based technology solutions. Under its most likely scenario, the consultancy expects carmakers' software development costs to double over the next 10 years, with the outlay for autonomous driving solutions estimated to be the costliest, making up about 45%.

The automobile of the future would be battery-powered, linked to networks, and smart in terms of automated driving, the study found. And coupled with that are on-board digital entertainment and shared-mobility features that will also require powerful computing technology.

Electronic devices and built-in software are, of course, nothing new to at least the most modern generation of cars. But still, they are rather patchwork solutions, as they independently monitor engine performance and air conditioning or make sure the window opens when you press the button.

In future cars, those tasks are to be centrally processed via a so-called domain controller — a central computer that is powerful enough to oversee all the different devices and their functioning.

The central computer will become the 'brain' of the car as it's in charge of operating and controlling everything, according to Gruber, adding that its software will be updated "over the air" via 5G mobile networks, as is the case with smartphones.

New auto culture in the making

"More and more functions in a car will be taken over by software. Carmakers essentially will become software manufacturers, which in itself forces a shift in the corporate culture because the product that's made is different."

If you've ever freaked out about the latest update on your mobile that didn't work properly, you get a sense of the challenges facing automakers pushing digital solutions in car designs.

A malfunctioning software in a car could potentially kill people, which is why it has to be safe and robust. As a matter of fact, as per Gruber, the road to safety can only lead via closer collaboration between the two industries.

The auto industry and their suppliers need to forge alliances with technology companies in order to make their products meet high quality and safety standards.

As a result of these alliances, possibly- one day two or three viable operating systems (OS) will emerge that will be used by the majority of carmakers worldwide.

We know this from our computers which all work on mainly three different operating systems, or from our smartphones where choices are essentially limited to only two.

New money-spinner for an old industry

The race to create a software standard for the auto industry is already in full swing, with those companies crossing the finishing line first expected to reap huge profits, likely in the range of the 50% margins usually garnered by Big Tech companies.

US electric car pioneer Tesla, for example, has announced it will license its AutoPilot software used for semi-autonomous driving and is mulling selling it to rival carmakers. The move may have contributed to Tesla's unprecedented surge in stock market capitalization recently, which has made it worth around $640 billion (€538 billion) in February — three times the combined market cap of Germany's Daimler, BMW and Volkswagen.

Germany's weekly business magazine Wirtschaftswoche asked in a headline recently if the proud carmaking nation Germany would be "degraded to become the workbench of software companies." The doomsday scenario was conjured up amid growing concern that tech giants Apple and Google would soon muscle into the crowded auto market with their deep pockets and overwhelming coding experience.

Germany's leading auto manufacturers, meanwhile, are preparing their own software packages in hopes to set the industry standard of the future. Premium carmaker BMW, for example, has rolled out an operating system called BMW OS 7, installing it in its new cars since 2018.

Mercedes-Benz maker Daimler is in the final stages of developing its MB.OS platform, while Volkswagen (VW) has recently established an in-house software unit with the aim of rolling out an operating system called VW.OS. In its effort, which also includes a so-called Automotive Cloud software, VW is collaborating with Microsoft.

Gruber is of the opinion, that the auto industry transformation will require both speedy implementation of digital solutions and deep pockets to sustain the pace of change financially. According to him, alliances and cooperations can help in this.

We need to bundle resources and human talent in this endeavor, which is why Gurber recommends that carmakers from across the industry work closer together, and venture more alliances in future. Any carmaker that wants to go it alone in this transformation, also will be doomed to fail, because the uncharted territory lying ahead can only be crossed by riding together.