' Is use of paper safe instead of plastic for the environment?' 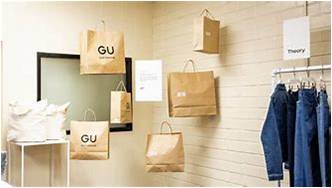 Plastic is harmful for the environment and also a threat to all living beings. Plastic pollution is everywhere, according to the UN- around half of the total plastics produced are thrown after a single use and 60% of the waste ends up in landfills or accumulates in the environment.

Ocean conservancy groups worldwide have been working with volunteers to generate awareness among people about plastic pollution. About 8 million metric tons of plastic is dumped in the ocean every year. This plastic includes bags, bottles, straws etc. These plastic objects choke the landfills. Presently, authorities are encouraging people to use paper instead of plastic.

Use of Paper instead of plastic is safe for the environment

Since people and businesses are switching from plastic to paper but it does not mean that it is safe for the environment. According to the environment experts, packaging products made of paper is not eco-friendly; in fact it is more resource intensive to produce. Let's look at a few statistics related to the use of paper which indicates negative impact on environment (source-www.theworldcounts.com)-

- 40% of the world's commercially cut timber is used for the production of paper.

- Over 30 million acres of forest are destroyed annually.

- The pulp and paper industry is a big contributor to the problem of deforestation and is partly to blame for the endangerment of some species that live in the forests.

- The life cycle of paper is damaging to the environment from beginning to end. It starts off with a tree being cut down and ends its life by being burned - emitting carbon dioxide in the atmosphere.

- Paper production uses up lots of water, for example- an A4 size paper requires 10 litres of water per sheet.

- Most of the materials in landfills are made of paper. When paper rots, it emits methane, a greenhouse gas. When it is burned, it emits carbon dioxide.

- Pulp and paper mills discharge water that contains solids, lignin, alcohol, inorganic material such as cholates, chlorine and metal compounds. All of this contributes to soil and water pollution.

- The paper industry is the 5th largest consumer of energy in the world. It uses up 4% of the world's energy. To produce 1 ton of virgin paper, it is estimated that 253 gallons of petrol is used.

As per the Ecology Global Network, 4 billion trees are cut down for paper across the World each year. According to the Environmental expert and founder of Plastic-Lite Singapore (Non-Profit Organization) Ms. Arti Giri , use of paper leads to deforestation and is a primary cause of climate change.

Essentially paper bags are heavier than plastic; hence, it increases carbon footprints in transportation. Experts are of the opinion, if paper bags are reused up to 43 times, it becomes environmental friendly than plastic bags. However reusing paper bags is actually difficult as they tend to tear and even if paper bags are "100 per cent recyclable", once they are contaminated by items such as food, they will need to be disposed of as general waste.

Various types of materials are being used by the countries in place of plastic. But each one has some elements that account for pollution. Paper bags made of Ploylactic Acid (PLA)- are considered as one of the better option. 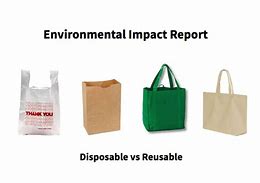 What is Ploylactic Acid (PLA)?

Polylactic Acid (PLA) is a thermoplastic aliphatic polymer. Its chemical formula is (C3H4O2) n. The Polylactic Acid is a semi-crystalline, biodegradable hydrophobic polymer with good mechanical strengths. It is a preferred material for packaging applications across several industries such as food, beverages and consumer products. PLA is derived from renewable resources like corn, tapioca and sugarcane.

The manufacturing of PLA uses 30-50% less fossil fuel to produce as compared to petroleum based polymers. As a result it emits less carbon dioxide during production. Organization called Plain-Vanilla in Singapore is of the opinion that PLA is one of the environmental friendly options that meets their requirements.

Although, Businesses are trying various packaging options made of paper but they have to look into the economic cost aspects too. There is no concrete option other than to avoid single use paper/ plastic material.